Posted on February 5, 2014 by Andrew and Meghan

Well, we had originally planned on hiking up Mount Agung [where the gods live], however there was a private burial occurring and as such, hikers were not allowed up there the day we planned, so instead, Swasti suggested we do a sunrise hike up Mount Batur- it was a bit easier they said and we could leave at 3AM instead of Midnight [the time you had to leave to get up Mount Agung to see the sunrise]. In retrospect- Oh my god. I am so GLAD we did NOT hike Mount Agung…. especially if Mount Batur was “easier”. Mount Batur was like straight up a volcano. It was crazy– but a lot of fun and I’m glad we did it! A Swasti guard on duty overnight packed us breakfast sandwiches in the morning and sent us on our way. We were picked up at Swasti around 3AM or so. We picked up two other folks on the way. We drove for about an hour and then arrived in a parking lot that was pretty packed with other people waiting to hike. As it turns out, the hike up Mount Batur is basically a never-ending chain of groups working their way up the volcano by flashlight. Your guide carries water and breakfast/snacks with him. We made our way up the volcano– admittedly, slower than I probably would have liked, but I was out of breath most of the way up so really I’m just glad we made it up. We did- made it in time to sit for a few before the sunrise began and was it ever worth it. There was also a woman up there in a little shed who was selling coffee and food– apparently she hikes up every morning with everything- water, coffee, and all other supplies… just to try and sell to the people who come for the sunrise. As we sat taking pictures of the beauty before us, naturally a few curious monkeys came along out of nowhere. They ended up with one of our eggs and some toast. Pesky little things. As far as recommended tour guides for the trek- really any will do… you can typically just line them up through your hotel/eco-lodge, etc. We set ours up the day before. Easy peasy.

On the way back to Swasti from the sunrise trek, we stopped by a tea and coffee plantation for tastings and we bought some coffee for the road. Yum! The best part was we still had the afternoon in Ubud to relax. The next morning we were heading out yet again– but this time to a different island for an overnight- 1 night, 2 day excursion- mostly built around seeing Komodo Dragons in the wild [they’re my favorite besides Manatees]! Anyway we walked into town again and relaxed– found a place to grab some lunch and it was so awesome. We were sitting outside in gorgeous weather and right next door is a rice field. How cool is that? I told you they put rice fields everywhere they can! I had a traditional Balinese dish with yellow rice, chicken, and veggies, while Andrew opted for the pizza. We also dined on pretty heavenly drinks, including passionfruit mojitos and lemongrass jubilees. For a country that’s not big on drinking, they sure do have some amazing drinks! 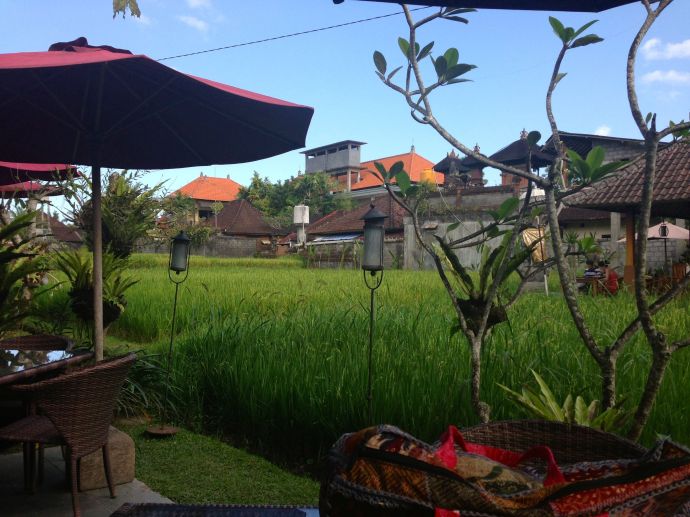 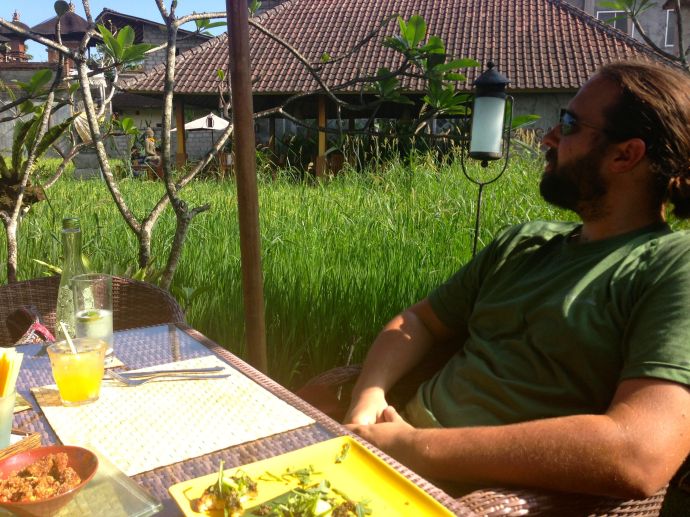 Before we depart from this post, we wanted to share some pictures of Swasti Eco Lodge, our home base in Ubud. Delightfully wonderful place hidden away just outside of town. It was perfect. 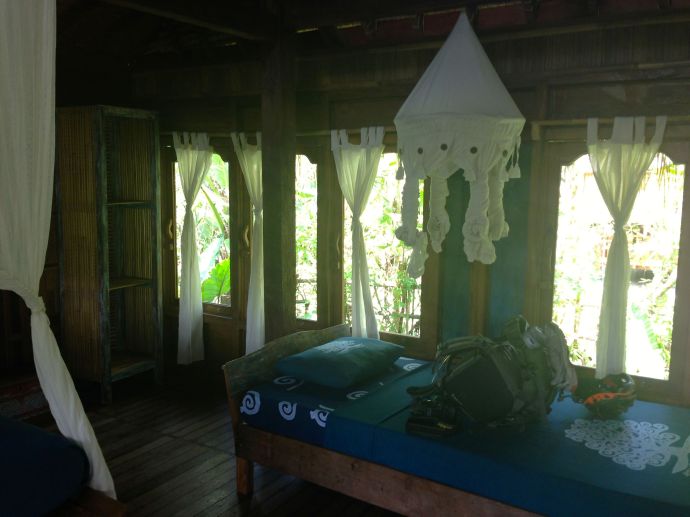 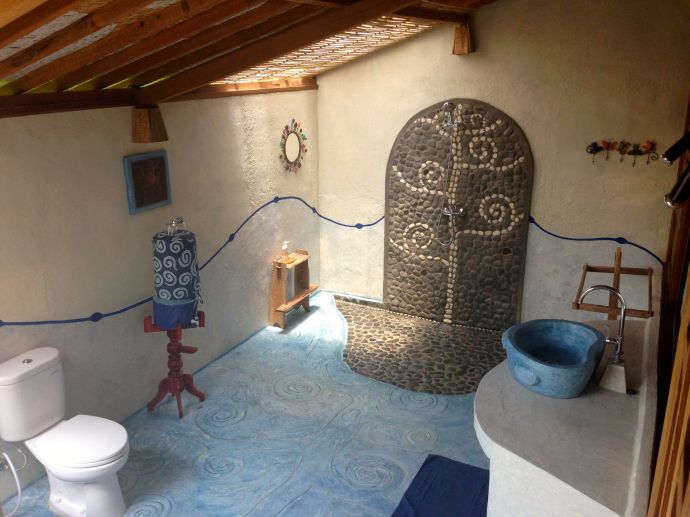 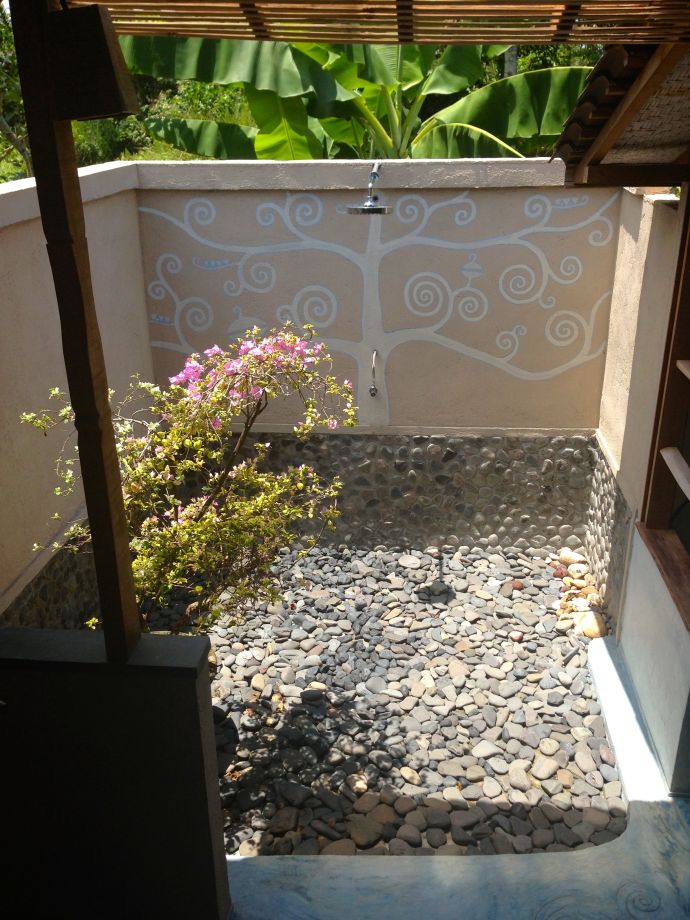